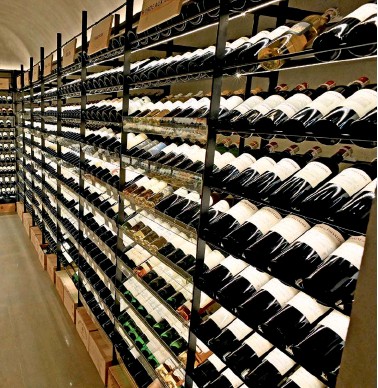 There are many reasons why we drink wine, but to truly appreciate it, we need to understand its story. We don’t all have to become oenophiles to appreciate good wine, but a little knowledge does help open up the palate. In March 2009, Romy Sia, owner of all-natural products store Healthy Options, was on an annual trip to California when he chanced upon a book entitled Billionaire’s Vinegar. Intrigued by the title, he bought it and indulged his curiosity. He finished reading the entire book in just two days, engrossed by the story, which he says read like a fast-paced mystery thriller. He narrates, “It’s a true story about a bottle of 1787 Chateau Lafite Rothschild supposedly owned by Thomas Jefferson, the third US President and world’s first wine connoisseur, discovered in a Paris cellar some two hundred years later. It was bought at a London auction by Malcolm Forbes, owner of Forbes magazine, for US$156,000.00 which in 1985 was the highest price ever paid for a bottle of wine.” The book made him realize that each wine had a story and each bottle was more than just an alcoholic beverage. Thus, began his journey of discovery and passion for wine, particularly Bordeaux wine.

Sia continues, “Most people discovered wine through their palate. I fell madly in love with wine because of the story behind each bottle. So mad, I wanted to have my own wine shop. A year after I read the book, I opened a wine shop and called it Wine Story in Shangri-La Plaza.” Wine Story paid great respect, if not devotion, to its wine. Its all-glass cellar was located in the center of its darkened store, temperaturecontrolled and lit so that the wines glowed like precious gems. Knowledgeable wine assistants helped anyone who walked in make an informed choice. It was a showcase that impressed even Bordeaux wine owners and wine makers who visited.

Nine years later, Wine Story opens its newest branch at One Uptown Residence. The store is designed by a Paris-based architect and is built to bring Bordeaux to Manila. You walk into an anteroom with live vines growing on garden boxes and walls projected with life-size images of vineyards, chateaus, and cellars, mimicking the experience of being in a chateau in Bordeaux. Through its doors is the cellar that holds an impressive collection of premium wines. Your first encounter is with what Sia calls “everyday” wines, wines that you can drink every day in terms of taste and price. Rooms hold what Sia amusedly describes as “every-other-day” wines that are pricier and “special-occasion” wines that go up even further in vintage and price. A room with a sign that says “Billionaire’s Wine,” holds bottles that are worth a king’s ransom in value for rarity, taste, and price. Another room labeled Private Cellar holds wines stored for members, their personal collections that can be enjoyed at the cellar’s private room, or elsewhere. A multi-tiered membership program is offered by Wine Story to its customers. Wine angels are part of the store’s service and they are there to assist customers make a choice. They are knowledgeable and Wine and Spirit Education Trust (WSET) certified up to level 2. Their knowledge of wine is firsthand, having tasted the wine and traveled to France to experience winemaking from growth to production.

To introduce Wine Story at One Uptown Residence, guests were feted with a special lunch prepared by Asia’s Best Female Chef 2016 Margarita Fores. Each course was paired with wines personally selected by Sia. While waiting for lunch to start, canapés of Sardinian crackers topped with French butter and bottarga, plus baked tartlets of artichoke, Camembert and candied black Gaeta olives were passed around. Thienot Brut Blanc de Blancs NV,

a non-vintage champagne of 100-percent Chardonnay was poured as an aperitif. Pure in flavor, elegant, buttery, cheesy with a light minerality, it was the perfect opener. Fores designed a menu that was French in approach yet Filipino in origin. The food reflected her mastery in combining the two without muddling either of them, keeping their identities distinct, while allowing flavors to stand out. The first course was a salad of Philippine smoked kesong puti flan on a plate that held a cream of mushrooms, micro greens, and edible flowers; candied guava, calamansi and santol; paired with Ferran Blanc 2015 which was 70 percent Sauvignon blanc and 30 percent Semillon. Sia explained that the Semillon provided shoulder and body while the Sauvignon blanc was fruity, resulting in a wine that freshened the palate. It continued to be served together with the second course of bouillabaisse of Bohol white marlin,

Bulacan river prawn, Capiz scallop, Negros blue crab, crab fat punctuated by saffron rouille and estragon perfume. The next wine was La Fleur de Bouard 2014, consisting of 85 percent Merlot, seven percent Cabernet Franc, eight percent Cabernet Sauvignon, and was introduced by Sia as the “boy next door,” easy on the palate and friendly, that went well with salty food. It was paired with both the meat entrée of duck breast “Alla Mangue” using Cebu mangoes and the cheese plate that included a selection of Brillat-Savarin, Brie de Meaux, and Malagos Peppato. As a finale, Petit Guiraud 2013, a blend of 85 percent Semillon and 15 percent Sauvignon blanc, was served together with a dessert of frozen sabayon and argellana torte. Lunch impressed as well as satisfied and gave its audience a glimpse of Romy Sia’s passion for wine and Wine Story’s dedication to wine appreciation.

There are areas that Wine Story takes pride in: provenance, storage, mature vintages, and large formats. They guarantee that their wines come directly from Bordeaux chateaus and reputable wine merchants in London, ensuring authenticity. Quality is assured from the moment the wines leave Bordeaux, during transport to storing them in the stores, the temperatures are kept strictly between 14 and 18 degrees Celsius. They declare that they have the widest and best selections of mature vintages, 20 years and older, as well as large format bottles, magnum (1.5 liters), imperial (6 liters), all the way to 18-liter bottles.

Wine Story also carries wines from other regions, and while Sia is enamored with Bordeaux, his stores are not exclusive enclaves of Bordeaux wine. They exist to make wine enjoyment a part of people’s lives.