On the road to being a ‘super second’ 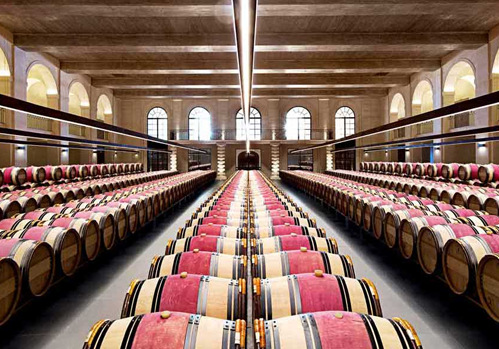 Château Montrose is one of only two Saint-Estèphe appellation wineries to be classified Deuxièmes Cru (Second Growth)—the other being Château Cos d’Estournel—in the original and still very relevant Bordeaux Wine Official Classification of 1855. Montrose, which means “Pink Hill,” actually started as a big parcel of land within the Château Calon Ségur property that was pretty much a garden of pink bloom and heather, until then owner Etienne Dumoulin took note of its terroir and vineyard potential.

Dumoulin decided to build a château and plant vines in the property in 1815. It took Château Montrose only 40 years to be recognized as one of the best in Médoc when it made the historic 1855 Bordeaux classification, and was placed as second growth in the five-growth tier system—one growth above Château Calon Segur, the property it spun off from. This classification is the highest distinction for any winery from Saint-Estèphe since none of the five wineries classified as first growths are from this specific wine commune.

Château Montrose also made a mark for itself by placing third in the famous—or infamous, depending on whose side you are on: Californian or Bordeaux—Judgment of Paris Wine Tasting of 1976, losing out in the red wine blind challenge to eventual shocking first-placer Stags’ Leap Wine Cellars from Napa, California, and first-growth Château Mouton Rothschild. Château Montrose did, however, place higher than another first growth in Château Haut-Brion and fellow second growth Château Léoville Las Cases in this same momentous tasting event.

While Château Montrose lived up to its second-growth billing, the château wasn’t always as revered as its counterparts—say, the neighboring Château Cos d’Estournel. Things began changing for the better in 2006, when the winery was acquired by brothers Martin and Olivier Bouygues. The brothers Bouygues—of the Bouygues Construction and Communication Company—wasted no time or resources in improving the château.

In 2007, barely a year after the takeover, the château embarked in what is now known as the largest Bordeaux project in modern times: a seven-year renovation of the entire property. During a recent visit to Manila, Château Montrose CEO Hervé Berland told High Life: “While most châteaux would refurbish certain parts of their winery to improve specific concerns, we were building, restoring, and improving every square meter of the entire winery from wall to wall. We were also incorporating 100% sustainability. That is why it took us all seven years to complete this total renovation of Château Montrose.” 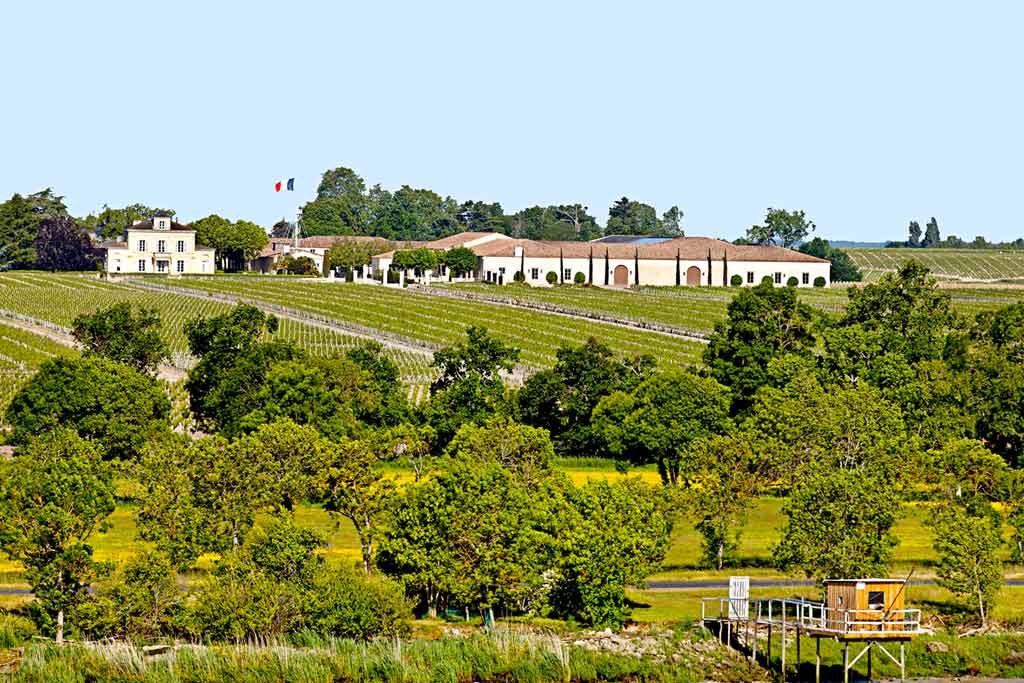 Château Montrose has gone beyond self-sustainability, as it produces more energy than it consumes through the use of 3,000 square-meter field of solar panels.

It does help too that Bouygues Construction and Communication Company is a global leader in sustainable environment construction. Mr. Berland shared that the finished Château Montrose project didn’t just showcase wines, it also bolstered the green credentials of the Bouygues mother company. The château has gone beyond self-sustainability, as it produces more energy than it consumes through the use of 3,000 square-meter field of solar panels. It has also invested in geothermal energy, wind power, and other forms of clean energy. Because of these efforts, the château successfully reduced its carbon footprint by over 60%.

Neither does the château use gasoline-powered tractors, opting instead for electric tractors, which weigh much lighter and are environment-friendly as well. All these sustainability components are seamlessly integrated into the winery: the château has managed to retain its 18th-century charm thanks to meticulous architectural planning. It was publicized that the Bouygues siblings spent around €20 million to complete this ambitious project, after paying €140 million to purchase the winery in 2006. Now Château Montrose can easily stand toe-to toe with neighbor Château Cos d’Estournel, which also underwent renovations after being bought by present owner Michel Reybier.

The so-called “super seconds,” a term most likely coined Bordeaux negociants to mean non-first growths on a par with first growths, mostly pertain to the Médoc classified wines. This quality level also translates to the high prices these super seconds are fetching in the en primeur based on demand and reputation.

While the prices of super seconds are nowhere close to that of first growths, they are certainly bridging the huge price gap between the first growths and the rest of the pack. The shoo-ins for super seconds are Château Cos d’Estournel, Château Léoville-Las Cases, and even a third growth like Château Palmer. Château Montrose isn’t far down the list. Since new ownership took over, the message has been crystal clear that no investment is too big to ensure that Château Montrose wines are always in the conversation. 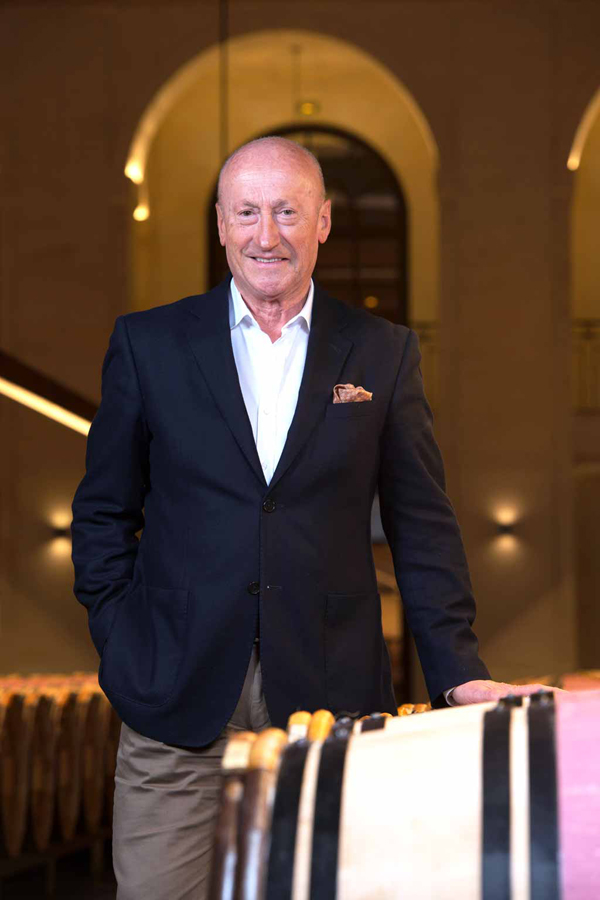 Other than the huge investments in the winery and vineyards, the Bouygues brothers also hired the most competent people in the industry. Mr. Berland himself was lured away from first growth Château Mouton Rothschild; he joined Château Montrose in 2012 after working for the Rothschilds for over 30 years. Another first-growth big name, ex-director of Château Haut-Brion, Jean-Bernard Delmas came on board as consultant in the early stages of the Bouygues takeover. There is no doubt that the eventual objective is for Château Montrose to be in the elite “Super Seconds” club.

Asked what his thoughts were on Château Montrose placing third in the 1976 Judgment of Paris Wine Tasting, Mr. Berland replied with a smile: “We would have been happier if we had gotten first place.”

In the Philippines, Château Montrose is available through Wine Story. Visit winestory.com.ph.

The author has been a member of the Federation Internationale des Journalists et Ecrivains du Vin et des Spiritueux or FIJEV since 2010.