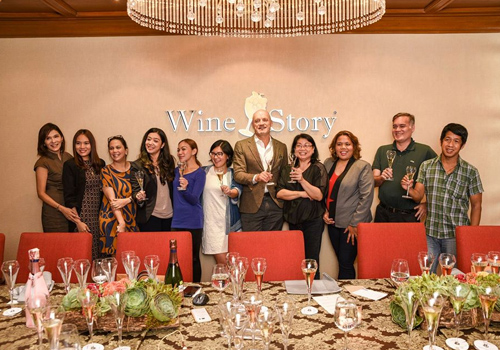 A dinner can turn into a sparkling experience if it’s served with champagne. This was recently demonstrated when the upscale shop Wine Story hosted a wine tasting and food pairing session at its Shangri-La Plaza branch in Mandaluyong City.

The menu consisted of local favorites prepared by Margarita Fores. The champagne was supplied by Champagne Thienot, a relatively new producer based in Taissy, a commune in the Marne department of northeastern France.

The brand is distributed in the Philippines by Wine Story, which invited Thienot Asia general manager Thomas Percillier to present the Thienot Collection at the event.

“Champagne comes alive with food,” he said. “It can be well-matched… for as long as some thought is exercised. One must veer away from excesses. Nothing should be too sweet or too spicy.”

Champagne Thienot was launched 31 years ago, which is still relatively recent for an industry where producers are more than two centuries old. Percillier admitted that it is a daunting task to start a new champagne house in this age, with many distinguished old brands as competitors.

This, however, didn’t discourage Alain Thienot, a former grape broker in France, from starting his own champagne house. As a broker for 20 years, Thienot had worked closely with a vast network of grape suppliers in the wine region of Champagne, France. This was the key element to Thienot’s success. 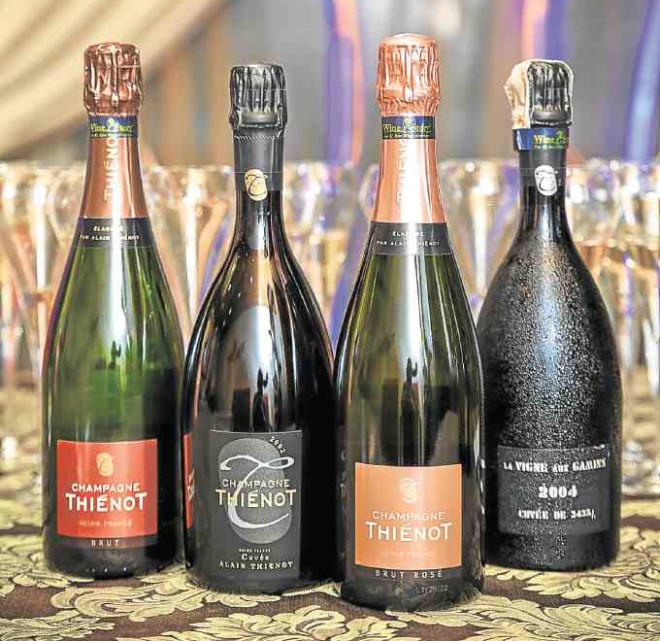 “The Brut NV combines finesse, fruit and freshness in a blend of the grape varieties,” Percillier explained. “It’s like a bouquet, where floral and fruit aromas blend.”

The second course, Pechay Sushi Roll with Crab Coral Drizzle and Black Sesame Seeds, was served with a glass of Thienot Brut Rose. Percillier pointed out the tangy notes of Morello cherry and black currant that develop into red berry fruit notes.

Around half of this champagne is composed of Pinot Noir grapes produced from old vines, with the remainder consisting of Chardonnay and Pinot Meunier. 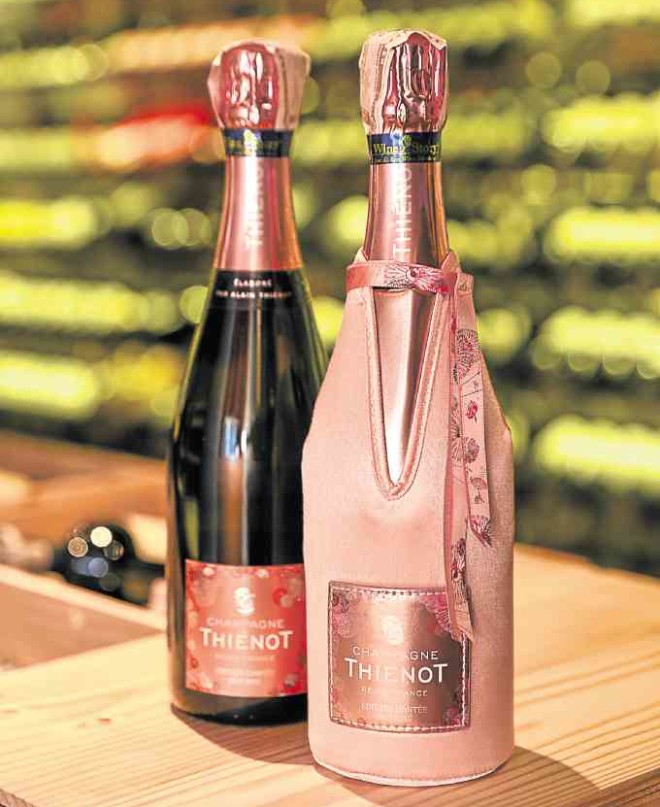 Cuvee Alain Thienot 2002 was paired with the third course, Capiz Scallops with Edamame Mash. This smooth champagne has a subtle blend of Chardonnay and Pinot Noir.

“It denotes maturity and is synonymous with luxury,” Percillier said.

The priciest bottle was reserved for the last dish. La Vigne Aux Gamins 2004 was poured when the fourth course, consisting of asparagus spears wrapped in prosciutto and sake butter drizzle, was served.

Made entirely from Chardonnay grapes from the old vines of Grand Cru vineyard in Avize, the wine had an almost translucent appearance.

Previously based in the French wine regions of Champagne and Bordeaux, Percillier now shuttles between major Asian cities to promote the collection. 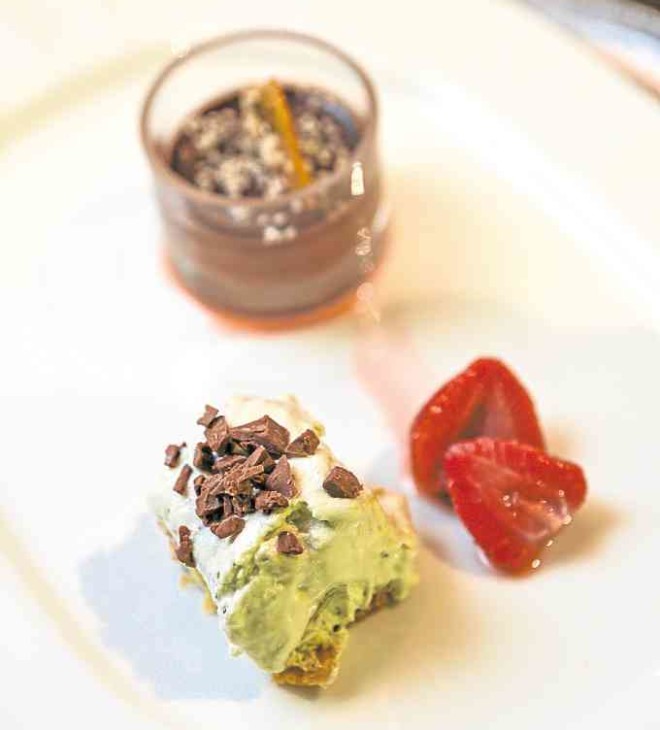 “It’s harder to market wine and champagne in Asia,” he said. “Champagne was never part of most Asian cultures so it was a bigger challenge to introduce the wine culture into the Asian lifestyle.”

Fortunately, the more cosmopolitan consumers in the bigger Asian cities have long adopted the wine culture. 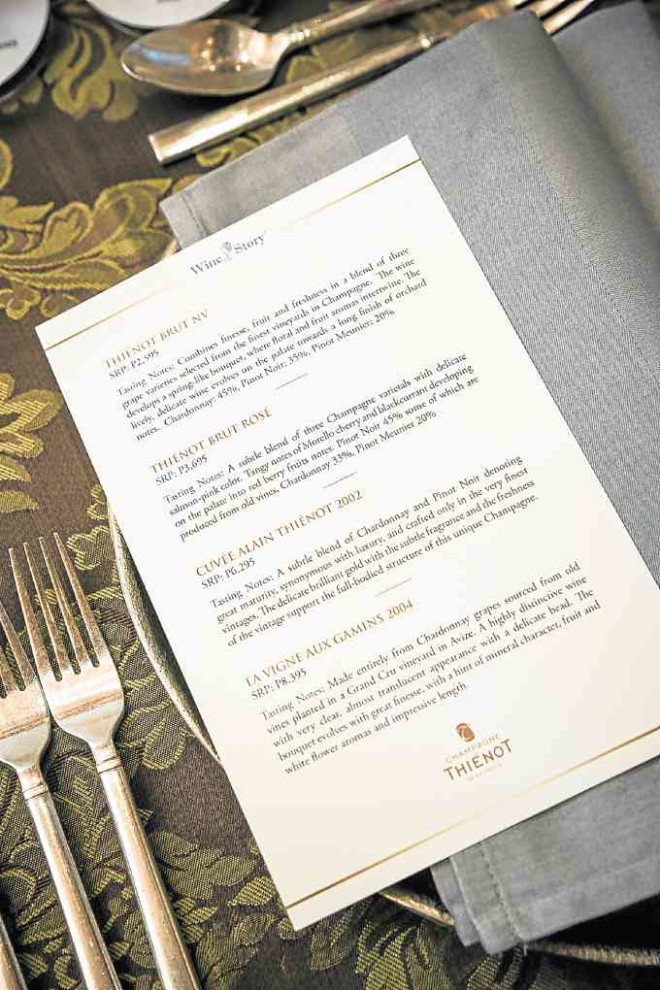