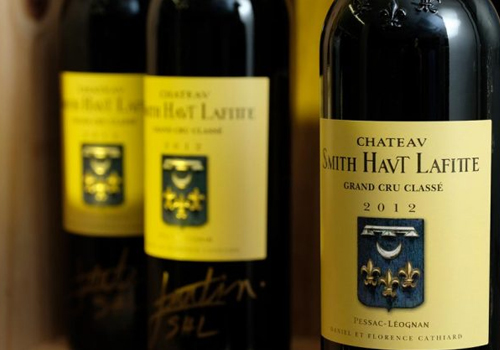 The 2012 vintage, one of two expertly chosen reds at the wine dinner.

I have to hand it to Wine Story for being the runaway choice for the best and most compelling Bordeaux wine selection in the country. Bordeaux will always be the preeminent wine region of wine lovers. But Bordeaux is not as easy to approach, especially for the non-hardcore enthusiasts, as any New World wine region, either it be Napa Valley, Barossa, or Marlborough. For one, Bordeaux has over 120,000 hectares of vineyards, this is just 80,000 hectares less than the vineyards in California (which contributes 90%+ of US Wines). Bordeaux has over 8,500 wine producers, compared to California’s much fewer 400+ wineries. Bordeaux is also four times the size of fellow French wine region Burgundy and 1.5 times bigger than Rhone.

Then, there are the 54 appellations and sub-appellations within Bordeaux alone. In contrast, La Mancha is a solo Spanish appellation and yet it is bigger in size than Bordeaux, with over 190,000 hectares of vineyards — making it the world’s largest wine region/appellation. From there, it can get more complicated with details on terroir, right bank, left bank, Grand Cru Classifications, second labels, and more.

THE GRAND CRU MYSTIQUE
When it comes to expensive French wines, the term Grand Cru will be a staple on the label. This is more so when it relates to Bordeaux. Grand Cru is French for “Great Growth.” The term was part of the brilliant French wine classification system initiated by Emperor Napoleon III (successor of Napoleon Bonaparte) in the mid-19th century to rank wine labels from chateaux based on reputation and ongoing trading prices — which were directly related to quality. The first such classifications is the still much-revered 1855 Bordeaux Classification — which was really about Medoc wines, with the exception of the inclusion of Chateau Haut-Brion from Graves.

Then this was followed exactly a century later with the 1955 Saint-Emilion Classification, and then the 1959 Graves Classification (later renamed Pessac-Leognan).

Hundreds of other wines, all with the Saint-Emilion appellation controlee on them, are simply Grand Cru and can be bought as cheap as below P800/bottle. Needless to say, the vast majority of these ordinary Grand Cru wines are definitely not befitting the Grand Cru quality that it was intended for. Though I did come across (Chateau) Tertre Roteboeuf, an unclassified Grand Cru Saint-Emilion wine that is actually quite comparable and even better than many of the other Grand Cru Classe wines, but, sadly, it is priced as a Grand Cru Classe too, so no bargain here.

OTHER BORDEAUX GRAND CRU WINES TO DISCOVER
I attended for the nth time another special wine dinner at Wine Story Serendra. A Wine Story wine dinner is sure to be a hedonistic experience regardless of what Bordeaux wines are being featured. Also, when it comes to visiting wine dignitaries and wine verticals of top Bordeaux labels, it is also hard to match Wine Story, especially with the one and only Romy Sia at the helm.

Despite a busy schedule, I try not to miss any Wine Story event. And lucky for me, I was able to attend the last one which featured two wines that are not go-to Bordeaux brands locally, but renowned in their own rights. Both are legit Grand Cru wines: Chateau Smith-Haut Lafitte, a Grand Cru Classe Graves, and Chateau Clos Fourtet, a Premier Grand Cru Classe B Saint-Emilion. 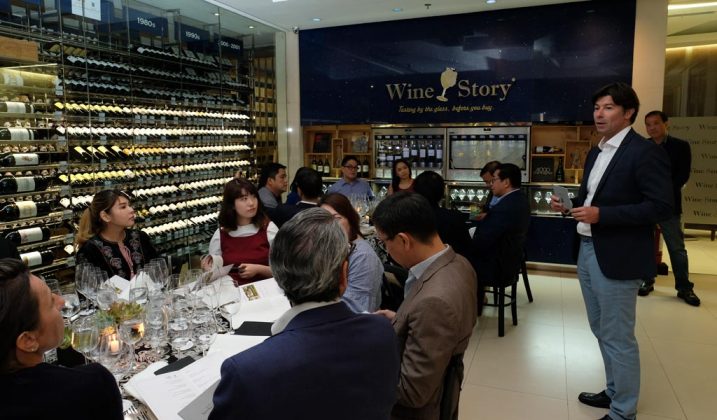 Ludovin Fradin, Commercial Director of Smith-Haut-Lafitte, talks about his wines during the wine dinner.

NOT LAFITE, BUT LAFITTE (DOUBLE T)
The 1959 Graves Classification has only 16 labels listed from 13 Chateaux, including the original 1st Growth Chateau Haut-Brion. Unlike both the Medoc and Saint-Emilion Classifications, Graves Classification has no hierarchy and has only one classification, Grand Cru Classe. Of course, by virtue of its earlier recognition in the original 1855 Classification, Chateau Haut-Brion is just simply a league above every one of the Grand Cru Classe wines under Pessac Leognan. The 16 Crus (or Growths) are divided into seven Reds only, three Whites only, and six with Reds and Whites. For example, Domaine de Chevalier of Olivier Bernard (whom I met courtesy of Romy Sia) has Grand Cru Classe status in both red and white, while the wine being featured at Wine Story, Chateau Smith-Haut Lafitte, has Grand Cru Classe status only on its red wine. No relation to the 1st Growth Chateau Lafite-Rothschild.

I had a short but entertaining chat with the charismatic Ludovic Fradin, the commercial director of Chateau Smith-Haut Lafitte, during his visit to Wine Story in Taguig City. What immediately got my attention when I was poured the first wine, the white wine from Chateau Smith-Haut Lafitte, is the new black label (from their usual yellow label). When I asked Ludovic if Smith-Haut Lafitte will change its label, he explained that the black label is a special commemorative label for the 2015 vintage only, and it is honoring the 25th harvest year of the current ownership (Cathiard family), and also the Chateau’s 650th anniversary since its start in 1365.

While Smith-Haut Lafitte only has its red wine given Grand Cru Classe status, I actually have always loved their white version, which is to me the best expression of Sauvignon Blanc in Bordeaux, and even at times, I like it more than their more illustrious red counterpart.

But for this dinner, my loyalty to their white was tested when the Smith-Haut Lafitte red wines being served were two very good, more recent vintages, the 2012 and the 2005.

Chateau Smith-Haut Lafitte wines from the above mentioned vintages are available at all Wine Story stores: Serendra in The Fort, Taguig City, Shangri La Mall in EDSA, Mandaluyong, and One Rockwell West Tower in Makati. You can also visit their website at www.winestory.com.ph.

(The story is to be continued in my next column, complete with all tasting notes.)

The author has been a member of the Federation Internationale des Journalists et Ecrivains du Vin et des Spiritueux or FIJEV since 2010. For comments, inquiries, wine event coverage, and other wine-related concerns, e-mail the author at protegeinc@yahoo.com. He is also on Twitter at twitter.com/sherwinlao.